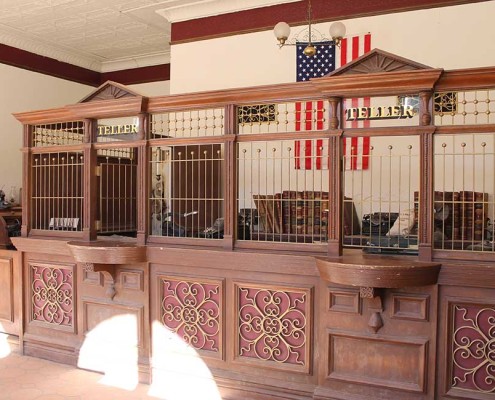 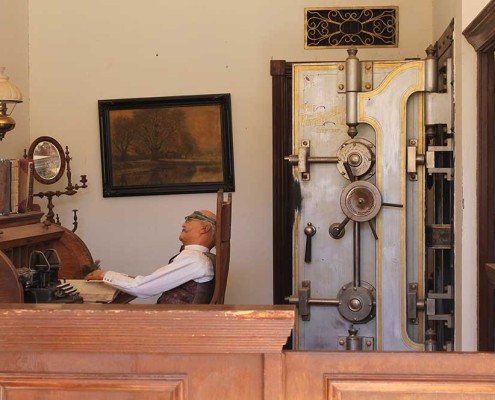 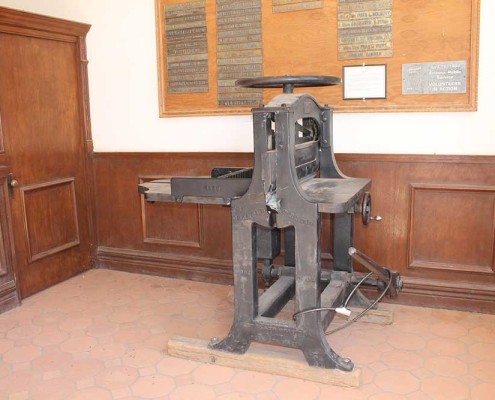 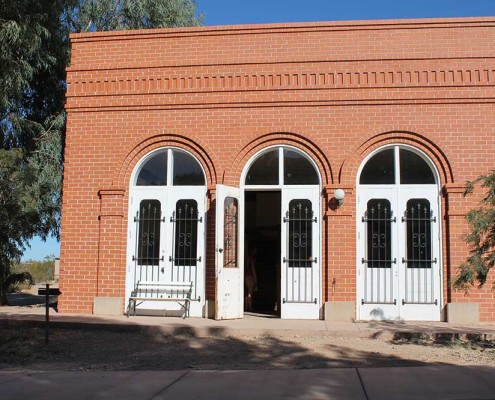 This structure represents the 1884 Valley Bank in Phoenix, which was the first bank that was used for no other purpose than banking. Prior to this time, most banks were housed in the back of stores or the basements of hotels.

The front and contents are from the original bank built in 1884, and the vault is from the Gila Valley Bank and Trust Company. The bank is reconstructed from a drawing of the original and is furnished in the style of banks of that period.

Notes on banking in Arizona: